Garage rock (sometimes called ’60s punk or garage punk) is a raw and energetic style of rock and roll that flourished in the mid-1960s, most notably in the United States and Canada, and has experienced a series of subsequent revivals.

Neoclassical metal is a subgenre of heavy metal that is heavily influenced by classical music and usually features very technical playing, consisting of elements borrowed from both classical and speed metal music. 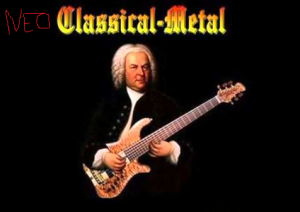